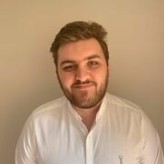 Rangers are likely to begin negotiations with teenage defender Leon King over a new contract soon, according to the Daily Record.

The 18-year-old has featured in eight of the Light Blues’ games so far this season and has even pushed American international James Sands out of the starting XI recently.

He played the full 90 minutes against Dundee United in the club’s last game prior to the international break and has started to cement himself alongside Connor Goldson in the Bears back four.

But he is due to see his contract end in the summer of 2024 which leaves Rangers in a precarious position that could see clubs look to sign him on the cheap next summer.

As a result, they are now likely to begin talks with the breakthrough starlet very soon as the teenager continues to develop further and play more and more in the senior team.

Rangers have to ask themselves if they want to make King the centre of their plans for the future or if he is just as indisposable as any other youngster.

They should be thinking the former and getting the Scotland Under-21 international to sign a very long-term deal to stay at Ibrox and properly waive off any interest that could have come from other clubs.

Even if the very few games he has played for the Light Blues, King has proven that he can handle the big occasions and be a leader when he needs to be which is so vital to any great defensive unit.

Goldson may have signed his new deal over the summer but he won’t be around in five years time like King could be and he needs to be the man that the team is built upon.

Top central defenders can be extremely hard to come by so when one falls into your lap from your own academy, it would be incredibly foolish not to do what you can to keep him.

In other Rangers news, this Ibrox outcast is in a rather difficult conundrum which could define his future at Auchenhowie.