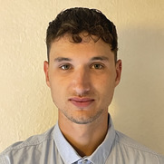 Rangers could face a transfer battle with Al-Nassr for Everton goalkeeper Asmir Begovic, according to the Daily Record.

According to Sky Sports journalist Mark McAdam (Twitter, 23 January), the Toffees have rejected an approach from Cristiano Ronaldo’s new club, although they’re expected to return with another offer.

TalkSPORT reporter Alex Crook had previously suggested (Twitter, 29 January) the 35-year-old was a target for the Light Blues as Michael Beale looks to bolster his goalkeeping options.

However, it’s now been suggested the Gers face missing out to the oil-rich club in the race to sign the Bosnian international, who is free to sign a pre-contract at another club due to his contract expiring in the summer.

Rangers need youth when it comes to the goalkeeping department – and 35-year-old Begovic doesn’t scream long-term planning. If the Saudi Arabian side do manage to beat the Gers to the Everton veteran it won’t be the end of the world.

The Light Blues should instead be trying to land a younger player who would provide longer-term stability in between the sticks. Allan McGregor is playing his last season of professional football and Jon McLaughlin certainly has his critics.

Bolton Wanderers keeper James Trafford has been linked with a move to Ibrox and the 21-year-old would be an extremely astute pick-up. With Todd Cantwell already joining the Gers, and Nicolas Raskin also closing in on a move to Ibrox, it’s clear Beale wants to add an injection of youth into his side.

With there being a matter of days left in the January window, the new Rangers boss will be keen to ensure he lands all of his intended targets to give his side the best chance of chasing Celtic down in the title race.

In other Rangers news, the Gers want to offer a four-and-a-half-year contract to seal the signing of this European ace.

{{author_name}}
Rangers have just days to avoid £8.5million being flushed down drain ahead of Jan deadline